TTSLexx is an application that allows you to create and use a custom dictionary for Speech Services by Google.
New
Download APK
0/5 No votes
Report
Developer
netttsengineUpdated
May 26, 2022Size
241.54 KBVersion
5.0Requirements
5.0Get it on

TTSLexx is an application that allows you to create and use a custom dictionary for Speech Services by Google.
It is most useful for languages with stress mark such as Russian, but can also help improve reading in other languages.
At least by making it easier to use “network” (online) voices.
Read more on the app site https://sites.google.com/view/netttsengine/main/ttslexx
Supported languages: Bangla, Chinese, English, French, German, Gujarati, Hindi, Indonesian, Italian, Japanese, Kannada, Korean, Malayalam, Marathi, Portuguese, Russian, Spanish, Tamil, Telugu, Thai, Turkish, Ukrainian, Urdu, Vietnamese.

It is a “quasi-TTS”, add-on on top of Google TTS, which changes the text according to your dictionary when transferring text from book reading applications to Google’s text-to-speech service.

Some of the features of TTSLexx:

– Built-in editor that creates a TTS.lexx dictionary in the app’s internal storage. (It can be accessed using:
– notification
– the Share function, which is available in almost all readers
– FastSet (https://play.google.com/store/apps/details?id=sia.netttsengine.fastset).
In the editor, with a swipe left and right, you can see what TTSLexx is receiving from the reader app and what, after processing, is passed to Google TTS.
TTSLexx picks up all dictionary changes “on the fly”.
The dictionary can be imported and exported to create a backup. (This is especially necessary before updating or reinstalling the app.)

– Selecting and remembering a voice to read, independent of the default Google voice.

– Additional text processing for the Russian language (cleaning, some standardization, replacing e with ё in unambiguous cases, etc. for the correct use of the dictionary).

– Support for “network” voices with the ability to use a separate NET.lexx dictionary for them. (“Network” voices require a quality Internet connection, in return reducing the number of errors in pronunciation by several times.
Keep in mind, however, that Speech Services by Google often makes the decision to use network voices or their “local” variants by themselves. In “Airplane mode” , even with WiFi enabled, the “network” voices did not work.)

3) Replacing single words with words with the correct accent. The most voluminous part for the Russian language. Other languages do not use this. To improve performance words are only in lower case, there should be no quotation marks.
йогурт=йо́гурт

Unfortunately, accents alone can’t fix everything. You have to change some letters to others and add new ones (e to и, e to o, etc. Ъ generally has a magical effect on Google Speech Synthesis).
шёпотом=шо́патам
отсекаем=отъсека́ем

Google’s speech synthesis is constantly improving. However, even if he pronounces all the existing words correctly, writers, especially those working in the fantasy genre, will come up with new ones. 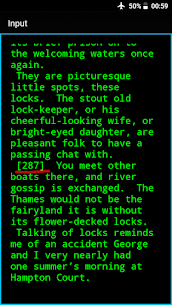 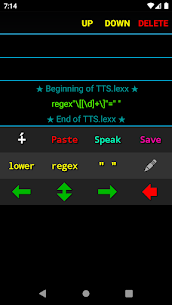 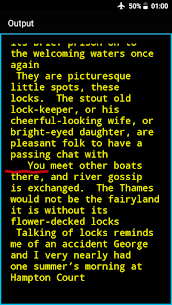 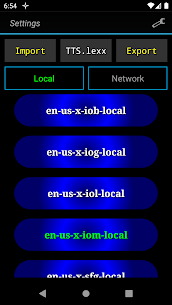 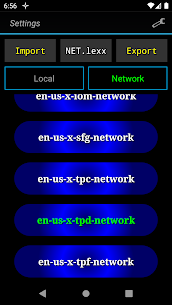 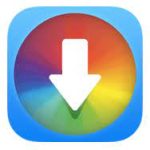 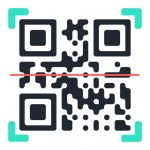 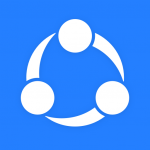 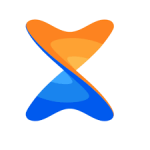